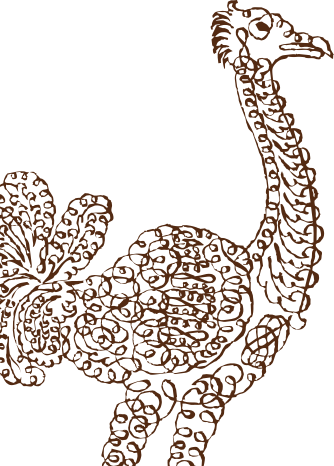 Decorative map of Italy with Sicily, Sardinia and Corsica. Archival mid-century print reproduction of an antique map of Italy from 1570 by Abraham Ortelius. Framed by Artiges-Schleiper, 43-47 Rue Gray, Bruxelles.

This map of Italy comes from the 1570 Latin edition.

About the map – Considered to be the first atlas ever printed, Abraham Ortelius’ Theatrum Orbis Terrarum (Theater of the World) was first published in 1570, and ultimately went through more than 30 editions in 7 languages over the next 40 years. This was the first time a group of maps were published together in uniform style and size. In addition, Ortelius acknowledged his contemporaries, listing the source materials and cartographers he used as the basis for the work.

The maker of the ‘first atlas,’ the Theatrum Orbis Terrarum (1570), was born on 4 April 1527 into an old Antwerp family. He learned Latin and studied Greek and mathematics.

Abraham and his sisters Anne and Elizabeth, took up map colouring. He was admitted to the Guild of St. Luke as an “illuminator of maps.” Besides colouring maps, Ortelius was a dealer in antiques, coins, maps, and books, with the book and map trade gradually becoming his primary occupation.

Business went well because his means permitted him to start an extensive collection of medals, coins, and antiques, as well as a library of many volumes. He traveled a lot and visited Italy and France, made contacts everywhere with scholars and editors, and maintained an extensive correspondence with them.

In 1564 he published his first map, a large and ambitious wall map of the world. The inspiration for this map may well have been Gastaldi’s large world map. In 1565 he published a map of Egypt and a map of the Holy Land, a large map of Asia followed.

In 1568 the production of individual maps for his atlas Theatrum Orbis Terrarum was already in full swing. The atlas was completed in the year 1569, and in May of 1570, the Theatrum was available for sale. It was one of the most expensive books ever published. This first edition contained seventy maps on fifty-three sheets.The maps were engraved by Franciscus Hogenberg.

Later editions included Additamenta (additions) that later resulted in Ortelius’ historical atlas, the Parergon, mostly bound together with the atlas. The Parergon can be called a truly original work of Ortelius, who drew the maps based on his own research.

The importance of the Theatrum Orbis Terrarum for geographical knowledge in the last quarter of the sixteenth century is difficult to overemphasize. There was nothing else like it until Mercator’s atlas appeared twenty-five years later. Demand for the Theatrum was remarkable. Altogether some 24 editions appeared during Ortelius’s lifetime and another 10 after his death in 1598. Editions had been published in Dutch, German, French, Spanish, English, and Italian. The number of map sheets grew from 53 in 1570 to 167 in 1612, in the last edition.

The physical object can differ slightly in colour from the object as presented online.

– Price does NOT include delivery.
– Delivery/collection must be purchased/organised separate to product purchase.

We ship world-wide. All of our products are professionally packed, shipped and send via one of our partners.

If you want to know on forehand what shipping will cost, please contact us before placing your order. You can also go to the website of Convelio to get an instant quote that matches your wishes (white glove etc). For overseas Convelio is one of our trusted shipping partners.

Don’t hesitate to contact us at info@wildschut-antiques.com – we are always happy to help transport your antiques safely to your home and find the best solution. 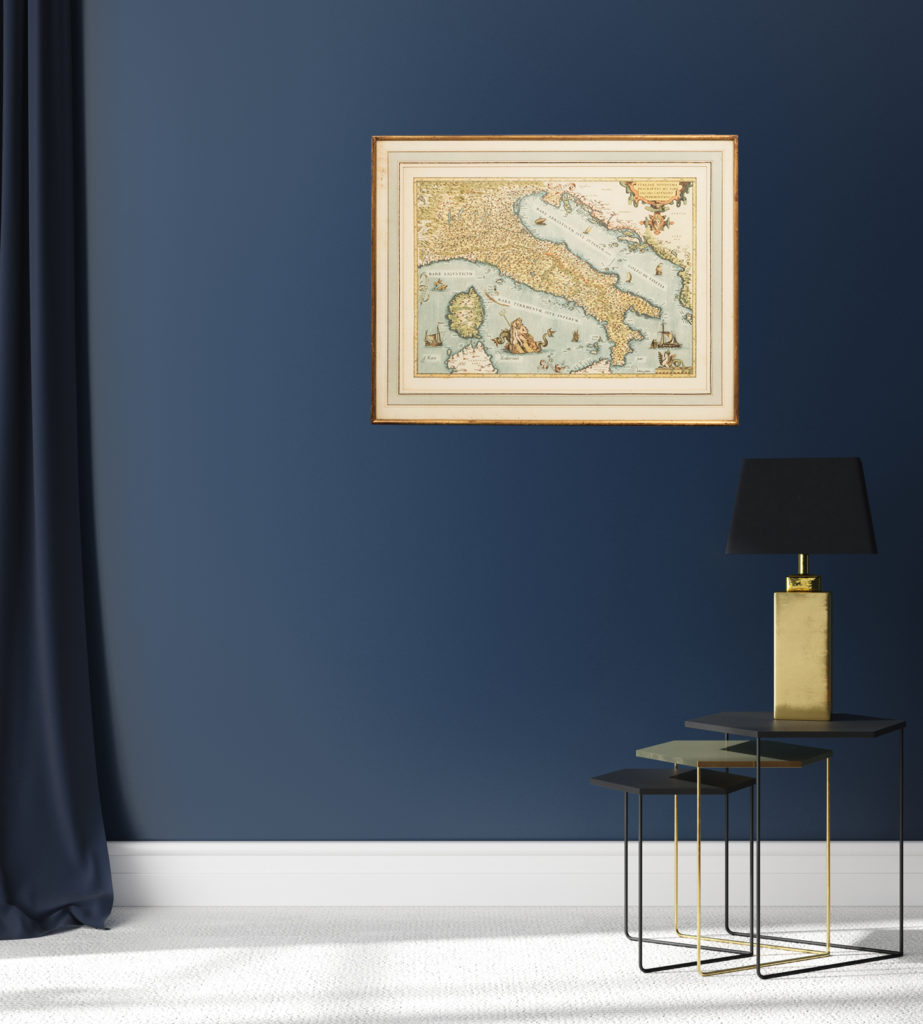 Decorative map of Italy with Sicily, Sardinia and Corsica. Archival mid-century print reproduction of an antique map of Italy from 1570 by Abraham Ortelius.